It is noted that at this stage the agreements are subject to agreeing procurement contracts by 30 June 2016 which will include final purchase price and support for each of the packages.

Each package is part of the China “Ironman Club” concept where each Company provides Martin Jetpack and KuangChi Science capabilities in China. 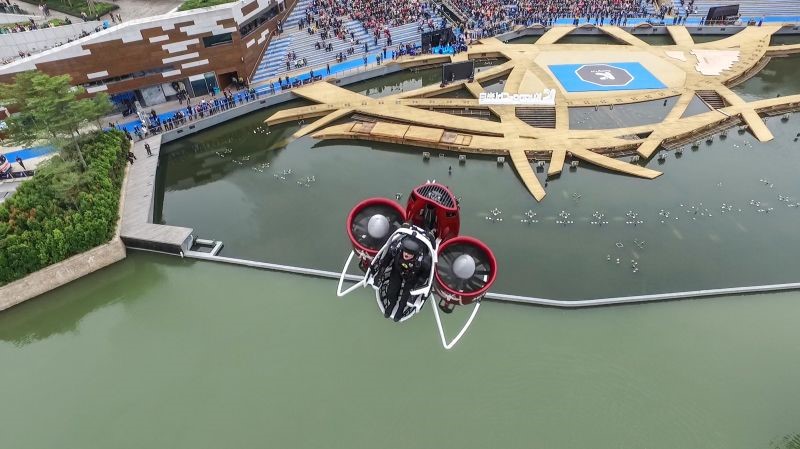 The agreements were signed on 6 December 2015 at the first public flight demonstration of the P12 Martin Jetpack held at the Shenzhen OTC Waterpark in front of a crowd of 2,400 VIPs and distinguished guests along with members of the public. This marks another significant step forward for Martin Aircraft as it moves towards full commercialisation. The signing of the agreements follows a number of discussions led by both KuangChi Science Limited (HKSE: 00439) and the KuangChi Martin Jetpack Joint Venture in China.

China is one of the fastest growing markets for aviation and recent civil aviation developments has seen previously off-limit airspace being opened up for civilian operations, a move which in the Company’s opinion has created a strong demand for private aviation.