Birth of a Hero

Birth of a Hero

As the sun sinks slowly over the Mediterranean on the final day of the 2016 Top Marques Supercar Show in Monaco, it is time to reflect that this has been an exceptional event for Martin Aircraft Company. It has proved beyond doubt that there is a real appetite for innovative, stylish and exciting new means of private transportation with many interested parties seeking information on how to secure a place in the production queue.

The Martin Jetpack has shown itself to be the Star at this year’s show, attracting tremendous attention from Heads of State, VIPS and a large number of high net wealth individuals who could see themselves heading out to the casino or their superyacht using their own Jetpack. For many, once they had experienced soaring over Monaco using our 6 degree-of-freedom simulator and immersive 3D goggles, there was no longer any doubt in their minds as to the advantages and sheer exhilaration of Jetpack ownership. 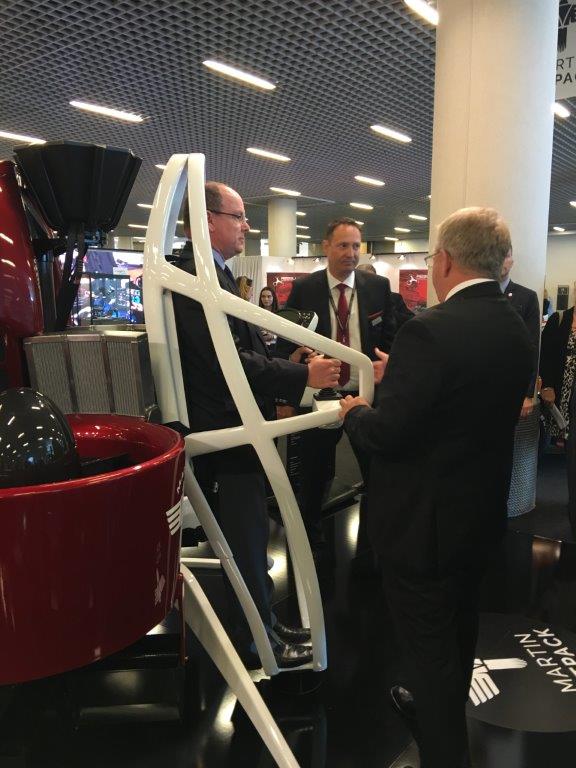 Says Peter Coker, Martin Aircraft Company CEO and Managing Director, “When we were approached last year to attend the 2016 Top Marques Supercar Show in Monaco to launch our Personal Jetpack in Europe, it was an easy decision to make use of our European-based assets to attend Top Marques and position our Jetpack firmly in the high-end luxury market. We knew we would attract a lot of attention from both the general public and the regional media but we have been amazed by just how much interest we have generated. This has placed the Jetpack firmly amongst the world’s greatest supercars and superyachts as a must have.”

The Martin Jetpack has also been a magnet for journalists, not only from traditional media such as television and high-end magazines, but also from emerging multimedia channels such as Doppio.tv, which is a luxury and lifestyle channel accessible worldwide in several languages.

Coker continues, “Using our distributive marketing approach, we have hosted over 20 television companies to our stand and have had many in-depth conversations with journalists on the capabilities of our Jetpack and its applications. We have also featured in a number of newspapers over the last few days and the interest we have created on social media has been unprecedented for us. Over the next few months more articles will appear in some of Europe’s most exclusive high-end magazines and publications, which will further help with the planned positioning of the Personal Jetpack.”

For more information on securing your own Personal Jetpack, please follow this link http://www.martinjetpack.com/home/sales/manned-jetpack0.html or contact us at sales@martinaircraft.co.nz