Heidi Hetzer is a 78-year-old former automobile dealer, rally car driver, classic car collector and popular celebrity in Berlin, Germany. She is currently circumnavigating the globe in a vintage car. She started in July 2014 in Berlin, driving a 1930 Hudson.

Heidi's travels have so far taken her through Eastern Europe, Central Asia, Mongolia, China, South Asia and Australia. Now she's in New Zealand she took the opportunity to visit Martin Aircraft and get a first-hand look at our P12 Jetpack and to make enquiries about securing her own personal Jetpack for delivery in 2017. 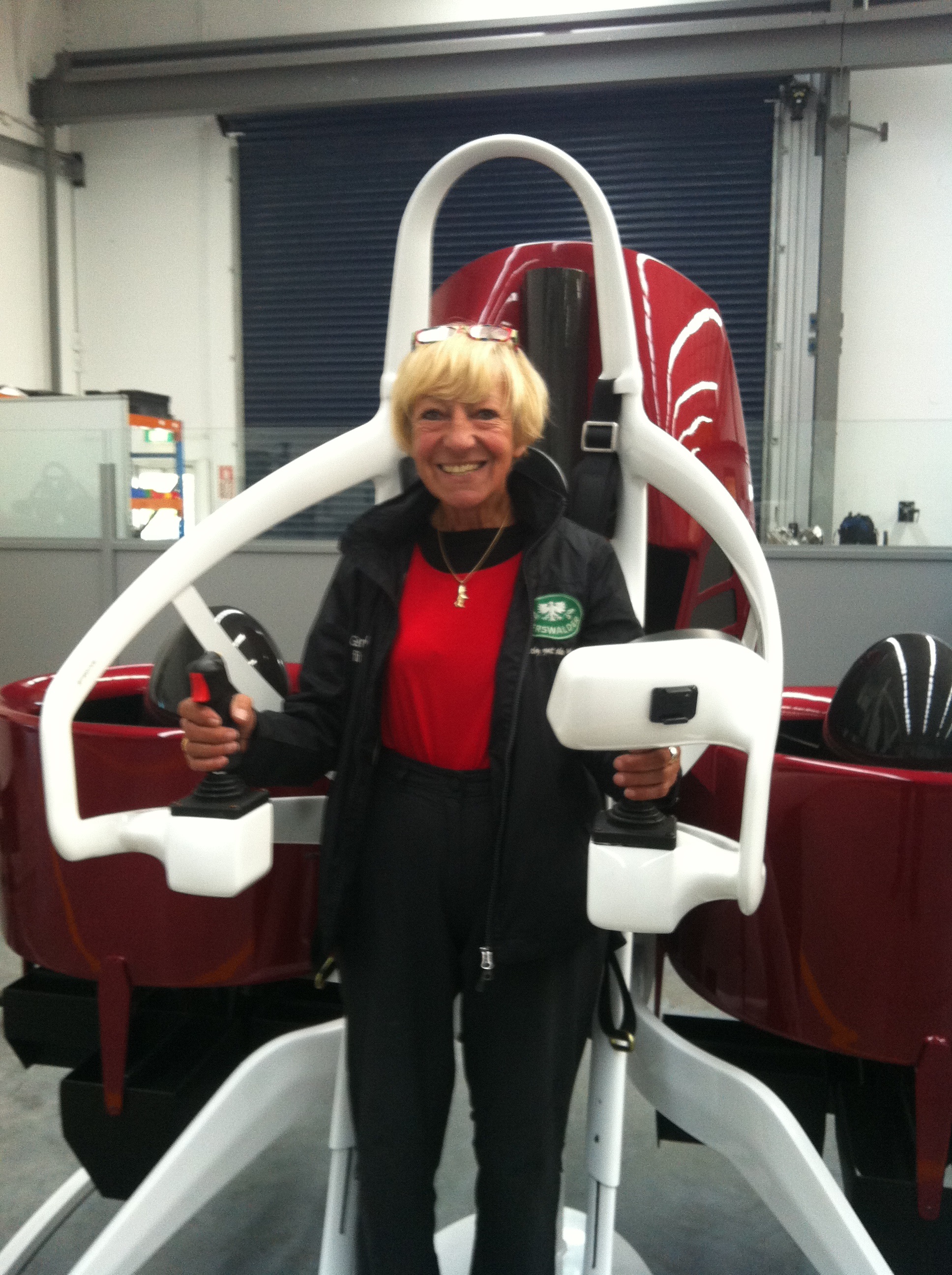 I am currently planning my 80th Birthday celebration which will be held at an exclusive gathering in Berlin. "I can't think of a better way to arrive in style than in my own personal Martin Jetpack" said Heidi.

After New Zealand next will be the USA where she starts in L.A. heads north to Canada, east by way of Chicago to New England, south to Florida and finally back west around Thanksgiving 2015. Then she will drive her Hudson named "Hudo" south all the way to Patagonia and cross the southern Atlantic to South Africa (April 2016). Finally back home to Berlin by June 2016.