Many thanks to all those who enquired as to our wellbeing following the recent earthquakes in New Zealand. Christchurch is the fortunate position to have been relatively unaffected by the latest quakes. We have sustained no damage at Martin Aircraft Company and there has been no disruption of business or issues arising. 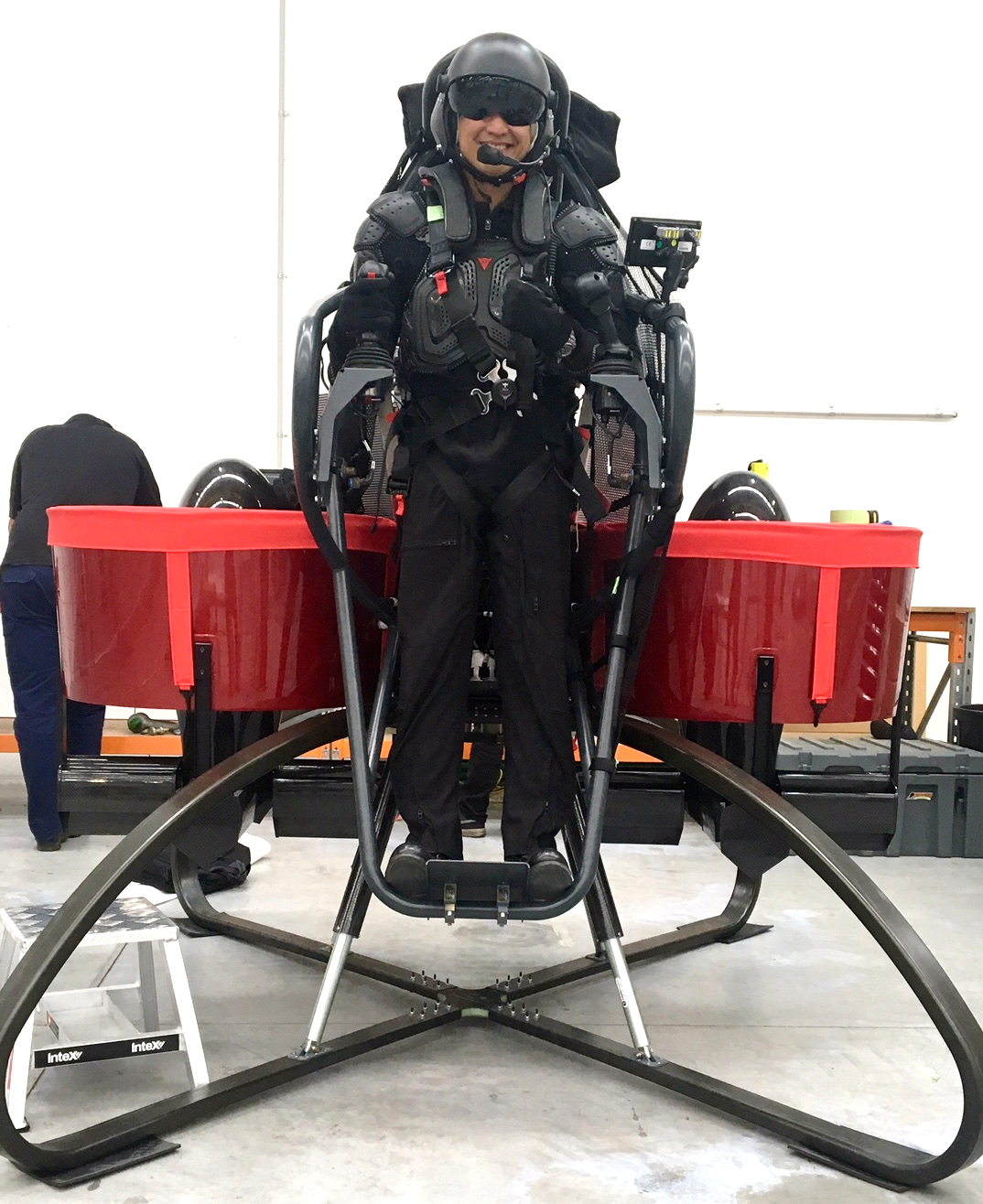 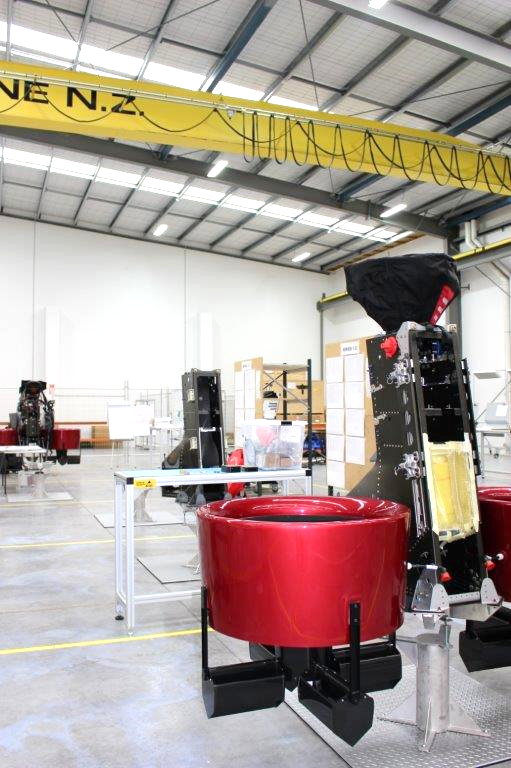 We are pleased to report that the assembly of our prototype P14.1 unmanned Martin Jetpack, on which Series 1 is based, is complete and has been handed over to Flight Test. We have now begun the build of Series 1.1, the first of our manned aircraft for test and capability demonstration purposes. 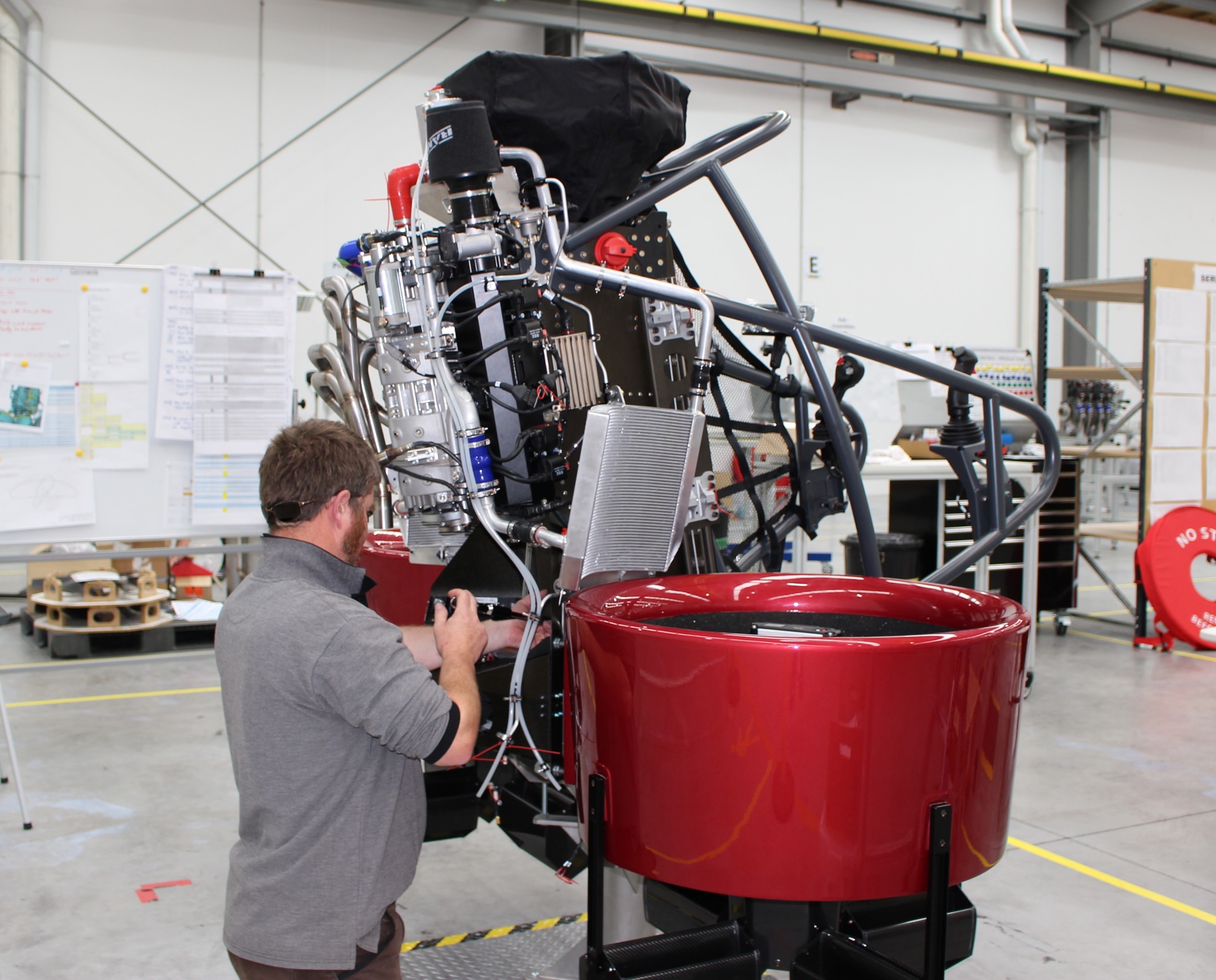 The Series 1 weight reduction drive has been successful and the targeted design changes have now been implemented and are expected to result in an aircraft weight of 230kg, which aligns with our top-level goals. Confidence in the maximum take-off weight target will track closely with the aircraft test schedule as demonstrated capability provides feedback to support performance estimates. 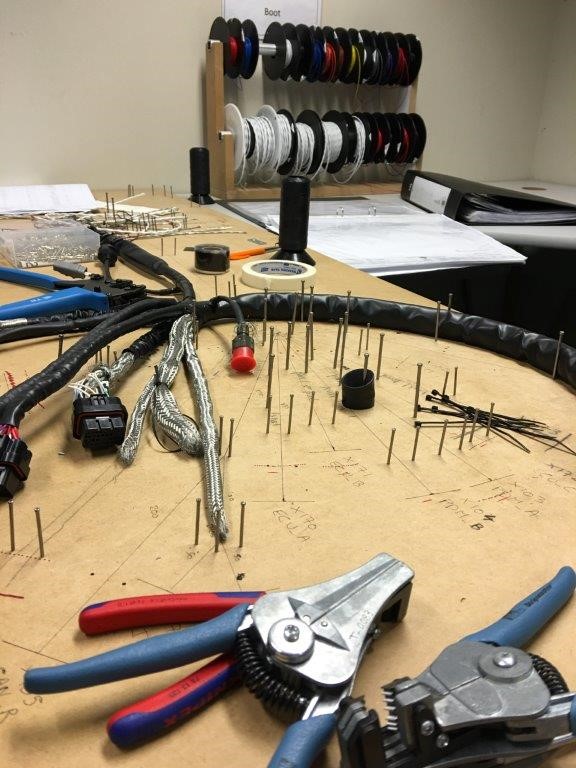 The challenge of short lead times and the need to be able to rapidly prototype and iterate designs for testing has resulted in Martin Aircraft bringing wiring loom manufacture in house. The wiring looms connect the in-flight computers, flight controls, engine controls, power distribution and emergency systems, including the parachute. About 30 looms are required for each aircraft.

Joe Humphreys, Assembly Team Leader, reports, “The advantage of producing the looms in-house is that we are able to dry-fit them to the aircraft, immediately record any necessary length and design changes and adjust them accordingly. This speeds up the production process and enables us to rapidly prototype and test, with the bonus of cost savings.” 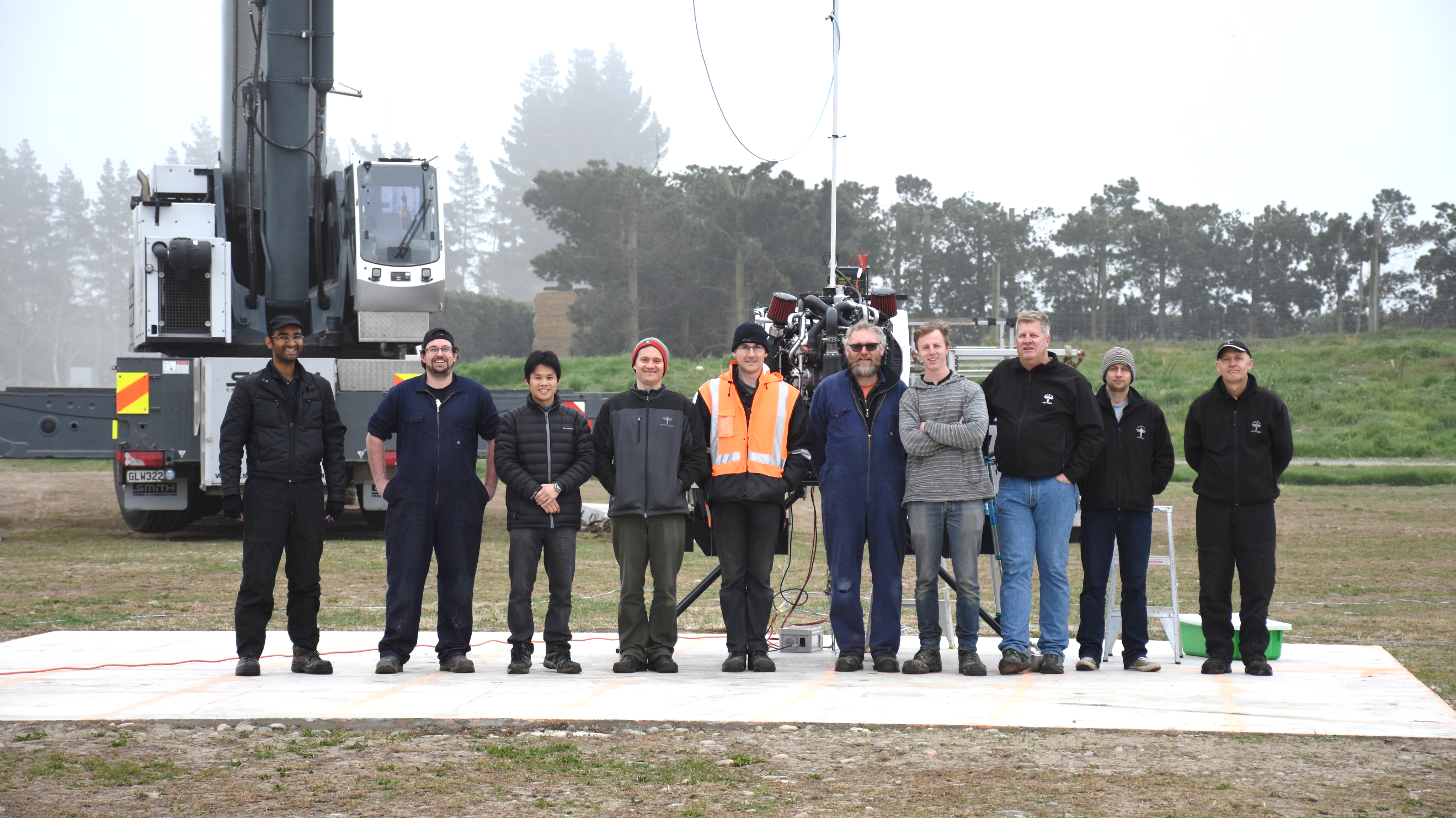 Our newly formed dedicated flight test team has been using our P13 unmanned test vehicle to configure the new flight control systems for the Series 1 jetpack. The team uses several rigs including a 6 degrees of freedom test rig, which allows the craft to fly freely while tethered to a 200 metre crane system that will “snag” the aircraft and prevent it dropping to the ground in the event of any issues. This allows the team to test yaw, pitch, roll and heave. The tests have proved highly successful, verifying the control laws, which can now be applied to our P14 aircraft. Overall this puts us able to merge the flight controls with the new airframe and engine for Series 1. 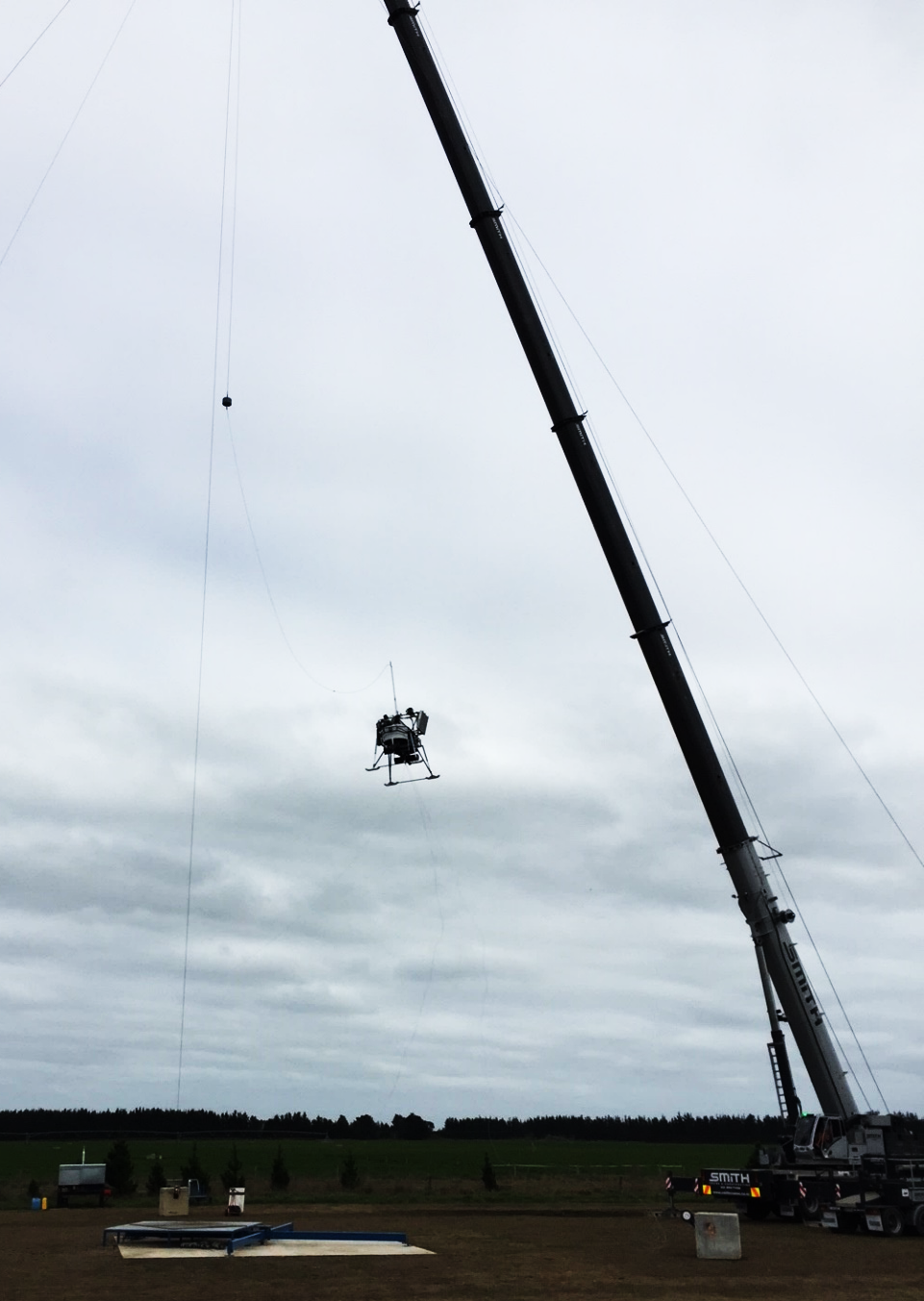 To support the development and evaluation of the next prototypes of the Martin Jetpack, the Flight Control System was also subjected to High Accelerated Life Testing (HALT). The test, conducted in collaboration with a Christchurch based company, was a great success. Very valuable data was gathered cycling through various temperature and vibration ranges and verifying the system’s performance and functions. The data is currently being processed and analysed and the learnings will be implemented in the refinement of the system to prepare for P14 flight testing. 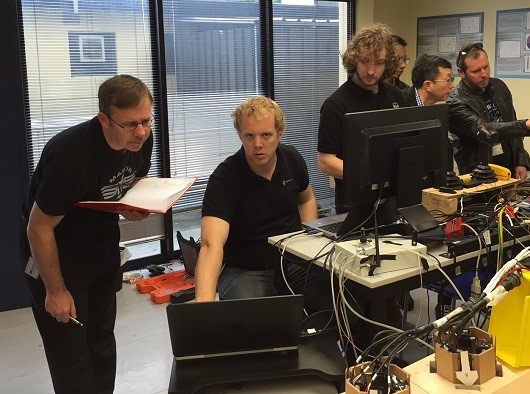 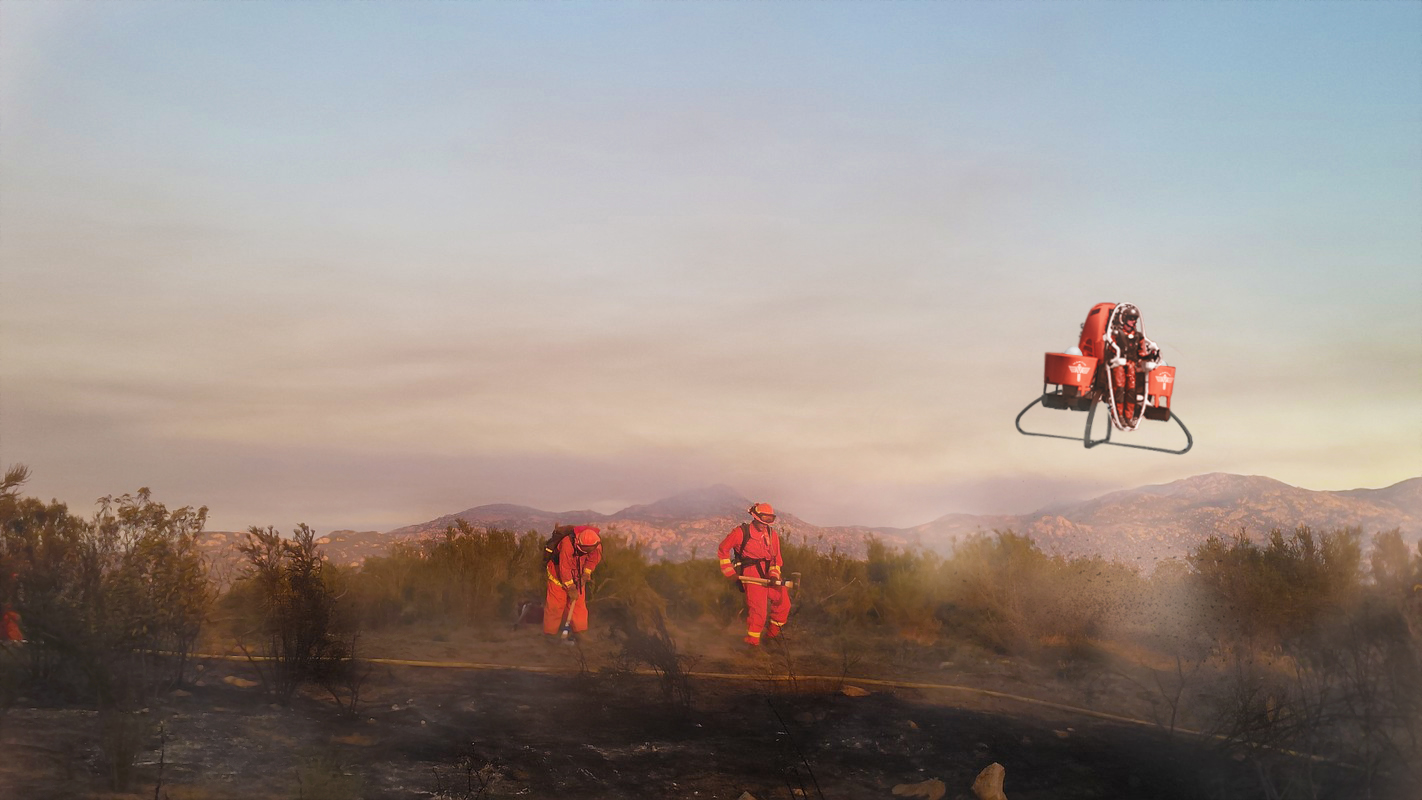 As is the case with all aircraft companies, the biggest barrier to market entry is gaining civil aviation authority permission to fly the aircraft in its intended role. For Martin Aircraft, we will require certification or approval before we are able to fly the aircraft in commercial roles and eventually recreational roles. Until such time as we attain certification or approval to fly, we will be focussing on positioning the product for the specialist aviation market. These are groups that have experience with operating new aircraft, often in the role of Saving Lives.

We are currently working with potential customers in the USA, India, UAE and China, among others, who are likely to attend the capability demonstrations that we have planned for early 2017 in New Zealand. We believe capability demonstrations of the aircraft flying in operationally representative roles is vital to provide physical evidence to customers and investors of the aircraft’s capability to enable pre-orders and further investment to be secured.

Our focus is on achieving technical milestones with the Series 1 aircraft. Accordingly, as material outcomes occur, the market will be updated in accordance with ASX requirements. In addition, quarterly stakeholder updates will be distributed.

Martin Aircraft Company in the US 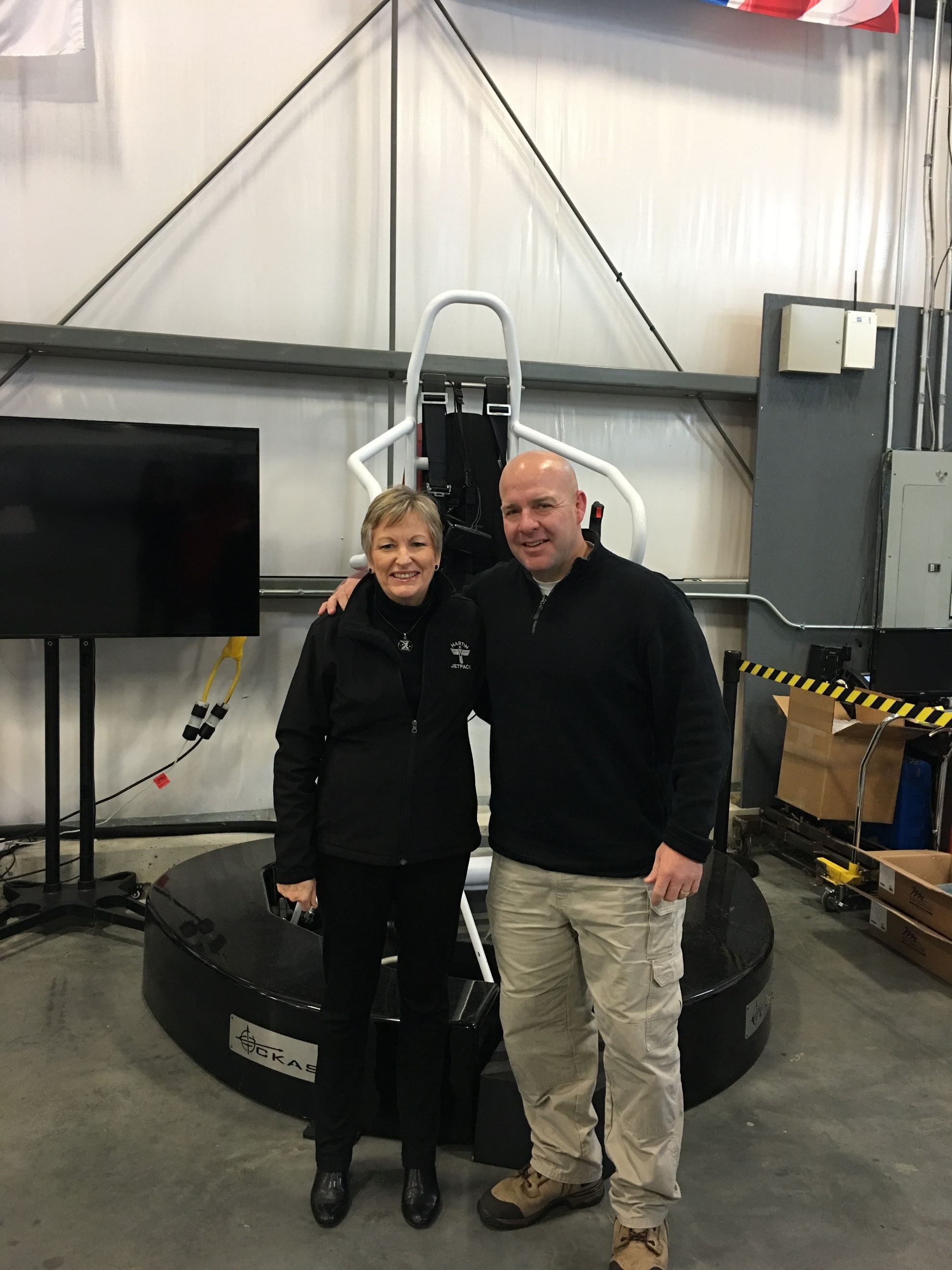 The recent establishment of a Martin Aircraft Company presence in North America has been welcomed by potential customers and is being viewed as an indication Martin Aircraft’s commitment to the region.

The Martin Aircraft North American office is based out of the offices of the company’s Alliance Partner Avwatch Inc., a hub of activity that looks out onto the Plymouth, Massachusetts, Municipal Airport from which both private small aircraft and commercial executive jets operate.

Catherine Stuart as VP Sales – North America is working closely with the Avwatch team lead by CEO, Chris Kluckhuhn. Catherine and Chris are building use cases and requirements within the First Responder market sectors. The Team is engaged with US Homeland Security divisions, major city fire divisions, US Coast Guard, Police, FEMA and major commercial sector clients. The Martin Jetpack is quickly gaining recognition by these entities as a “game changer” in the way they address emergency call outs, search and rescue, fire management and industry services.

The commercial and industrial sector are seeking the Jetpack to improve services within the oil and gas, mining, energy and agriculture sectors.

Martin Aircraft Company held its second Annual General Meeting on 27 October 2016. A business update was given by Jon Mayson, the Chairman, and CEO James West. All resolutions in relation to the appointment of directors and auditors were passed with approximately 99.5% in favour. The Martin Jetpack 12.3 Prototype was on display along with the Series 1.

The AGM presentation and voting results are available on the ASX web site and on the Martin Aircraft Company web site in the Investor section http://www.martinjetpack.com/investors/asx.html

Please note that our holiday shut down period runs from close of business on 23 December until the 3 January.

Wishing all of you who celebrate a very Merry Christmas and Happy New Year.